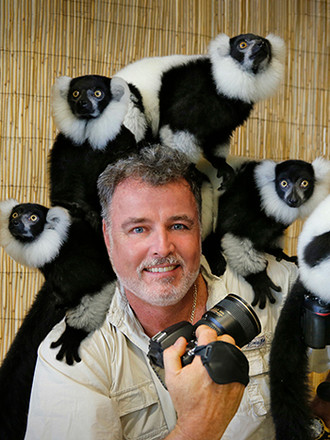 Robert Sullivan is an award-winning photographer who also conducts local and destination workshops, instructing other photographers in several areas of photography including nature, landscape, and remote-triggered off camera flash photography.  He often travels up to 12 weeks per year to places such as New Zealand, Patagonia, British Columbia, and the Galapagos Islands.  His adventurous style of travel photography usually involves him staying in remote hostels, or camping in his hammock-tent so as to enable him to be onsite during the best light to capture images of scenes that have not been photographed often, or to do so from unique perspectives that other photographers don’t see or won’t even attempt.  Rather than follow in the footsteps of those who photograph iconic landmarks, Robert looks for “the path less traveled” to discover unique scenes that, sometimes, even the locals don’t know about.

Robert splits his time between Denver, Colorado and Miami, Florida where he lives on his sailboat.  He uses his sailboat as a platform to transport and launch his kayaks and stand up paddleboards.  Shooting from these vessels allows him to photograph places that are not easily accessible by any other means, such as the mangrove lined bays of South Florida and the Florida Keys, deep in the swamps of the Everglades, as well as the more remote rivers of Florida.  In 2012, he paddled for eight days from Islamorada to Key Biscayne as the official photographer for Expedition Florida 500, capturing the scenery and the outreach efforts of this conservation group as they brought attention to the need for environmental stewardship of our waters.

“My camera is the tool I use to communicate how I see the world.  Through the lens, my compositions and wordless messages are able to transcend all languages.”

His love for all forms of photography has fueled his resistance to the suggestion that professional photographers focus on a single area of photography.  Robert considers himself a generalist in that he enjoys and excels in many genres of photography.  Still, there are two areas that Robert is most known for:  his fine art landscapes and his dance portraiture.  He has recently begun to combine the two, yielding incredible results.

“My passion for photography of all types has resulted in overlapping benefits within each of them and has greatly improved my skills in each.  What I learn while extensively shooting one genre enables me to excel in others as well.”

Over the past eight years, Robert has become known as the go-to photographer for dance, having photographed thousands of dancers for numerous dance organizations. His individual dance portraiture and group composites go far beyond anything most other photographers even attempt.  Rather than settling for typical “bleacher style” poses for groups, Robert creates elaborate composites of, often, over 20 individual shots that sometimes takes days to assemble in post processing.

While he often shoots “high key” on a white backdrop, he also offers what he calls “Artistic Days” in which the elite Company Dancers are invited for something very over-the-top and special.  Artistic Days are shot on black backgrounds with elaborate and edgy lighting setups to showcase exciting themes such as glitter, flour, fog, colored powder, and recently:  water!  Robert built a shallow pond inside a dance studio for his subjects to dance and splash in, allowing for incredible and unique dance portraiture.

From relentless continuing education through the meticulous execution of his craft, Robert’s genuine enthusiasm and passion for creating truly unique, artistic, and technically superior photography is evident in the levels to which he takes this art and science.  He has always possessed a drive to excel at anything that he has undertaken, ensuring that he continuously out-performs other professionals.  From his 16 years as an air traffic controller; to his artistic expressions through building lagoon style ponds and natural rock waterfalls - and now, to his final career in photography - he has always done what it takes to elevate his skills and consistently produce unique and creative results that are far superior to those of anyone else in his chosen field.